As a medium-sized engineering service provider and plant engineer, we manage projects in a large variety of fields ranging from Automation Technology to Process Engineering, right through to Energy Technology and Software solutions. What is most important, however: We provide solutions that push our customers forward. Apart from our sound expertise and many years of experience, there is another decisive factor that our success is based upon: Our employees' dedication.

This dedication starts as early as the planning phase of each project, when the foundation of future sucess for a project is prepared. While even the smallest inaccuracies can have major negative impacts on our customer's competitiveness, it is also true that minimal optimisation may lead to maximum savings. All in all, our dedication increases your competitiveness right from the very first step.

This philosophy has made us a reliable partner for a rising number of customers, mainly because we are also measured by our customers' success.

As of January 2019, VESCON is part of the SCIO Automation Group.

Five business units are not all we have to offer: Please visit the website of our affiliated company PrintoLUX GmbH to learn more about future-oriented solutions in industrial labelling. 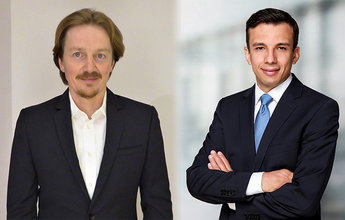 Change of management at VESCON Systemtechnik

As of January, 1st, 2021, VESCON Systemtechnik GmbH, based in Gleisdorf, Austria, is under new management. Alois Kien and Sergej Kristal will lead the Austrian VESCON company with immediate effect.

The two previous managing directors, Heimo Reicher and Peter Bürger, handed over a solidly positioned company to their successors at the turn of the year. For almost 20 years, they led VESCON Systemtechnik GmbH in Austria. They built up and expanded the two business areas of special machinery and software development. The new management team will now continue and further expand this.

As a trained engineer, Mr. Kien brings 25 years of experience in the field of automation and special machinery. During these years he held various management positions in a leading automation company in Austria and will in future contribute his experience to the operational business of VESCON Systemtechnik. In addition to his current functions as CFO of the entire group of companies, Sergej Kristal will take over the commercial management of the Austrian company.

We would like to thank Mr. Reicher and Mr. Bürger for their dedicated and successful cooperation and wish them all the best.

We welcome Mr. Kien to the VESCON Group and wish him and Mr. Kristal all the best in their new and extended tasks. 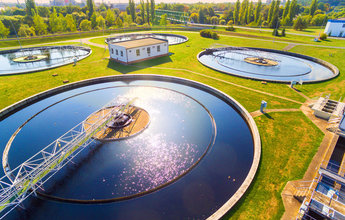 The company Aqua (formerly Bilfinger GreyLogix Aqua GmbH) is part of the VESCON Group as of December 15th, 2020. In the future, the company will operate under the brand name VESCON Aqua GmbH (Aqua). Aqua is now a subsidiary of VESCON Process and strengthens the business unit with its automation and programming services for drinking water and wastewater treatment plant, mainly for customers in the public sector.

Climate change and the associated water scarcity require solutions: In this context, automation and process technology know-how for drinking water and wastewater treatment plants is becoming increasingly important. Acting sustainably in the long term, reducing energy consumption and constantly improving water quality are strategically important in our globalised world. "The drinking water and wastewater sector is one of the most important components of the German infrastructure. With the acquisition of Aqua, we are expanding our process technology know-how in future-oriented and sustainable environmental applications,” says Stefan Ruthmann, Managing Director of VESCON Process.

Aqua, headquartered in Flensburg, was founded in 1998 by Olaf Kremsier and had been part of Bilfinger SE as a subsidiary of Bilfinger GreyLogix GmbH since 2013. Aqua acts as a system integrator with a focus on project management and specialized automation and programming services. Across its seven locations, Aqua ensures highest service levels and customer proximity.

More about our Process portfolio.

VESCON is a member of the SCIO Automation Group. Please find SCIO’s press release about the acquisition here. 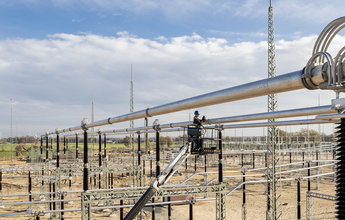 A transformer station that was no longer sufficient for the rapidly increasing feed-in of renewable energies and therefore had to be replaced. In addition to that, it is located at one of the most important energy junctions for the north-south connection.

A transformer station that was no longer sufficient for the rapidly increasing feed-in of renewable energies and therefore had to be replaced. In addition to that, it is located at one of the most important energy junctions for the north-south connection. Our VESCON Energy team was involved in this major project for the customer TenneT TSO GmbH at the transformer station Wilster-West in North-Germany. It took four years until the old plant was completely disconnected from the grid and the new extra-high voltage switchgear could be put on stream.

The million-euro project is considered the core of the German energy transformation center:

Watch the video of TenneT in the column on the lef. Source: TenneT, shortened version

The existing 380 kV switchgear at the transformer station Wilster-West had reached its capacity limit. Moreover, the important energy hub should be able to receive and distribute the future transmission capacity of NordLink, SuedLink, the West Coastline, the central axis and the offshore connections in the North Sea. TenneT TSO GmbH therefore decided to renew the switchgear and brought VESCON Energy into the project. The two companies have already been working together for 17 years.

The colleagues of VESCON Energy are specialists in the high and maximum voltage environment. They conducted the complete electrical assembly for this major project. VESCON Energy initially planned the primary technology and provisional arrangements for the primary technical construction of the high and maximum voltage stations. In the secondary technical expansion, it carried out cabling work as well as the installation and connection of all control, protection and general plant components such as auxiliary power and transmission technology. A 380kV switchgear with a triple busbar, designed for up to 8,000A, was installed. The new switchgear covers an area of 18 hectares, which is the same as 25 football pitches. VESCON Energy rebuilt the plant and created the connection to the distribution network of SH-Netz with two large transformers.

"A challenge in the implementation of the project was certainly that the existing plant was already an important north-south junction. The new construction therefore had to take place without any significant interruption of the north-south connections. For that reason, we initially installed several 380kV temporary installations. In doing so, we were able to ensure that operations continued almost without interruption," says Olaf Baumgartel, Head of Business Unit Energy, explaining the complexity of the project.

Over the years, around 100 employees of VESCON Energy and subcontractors coordinated by us have been involved in the renewal. One of these employees is Stefan, who was part of the project as senior fitter. In the video (see column on the left)  he gives an insight into his daily work routine.

At the beginning of October 2020, the new transformer station Wilster-West was commissioned by TenneT. The next order is already in line for VESCON Energy: The 110kV system of the SH-Netz at the Wilster site is also to be expanded.

More about the portfolio of VESCON Energy.

VESCON was established in 1993 and is today successfully operating at home and abroad as a medium-sized engineering service provider and plant engineering company with about 500 employees at 12 locations. In our Automation, Process, Energy, Special Machinery and Software business units, we plan and manage challenging projects for renowned customers in a wide range of industries.

Our employees are our greatest asset. For this reason, we ensure that each one feels at home at VESCON and becomes part of our tight-knit team. Flat hierarchies and an "open door policy" are not just empty buzzwords but form part of our day-to-day working relationship. Furthermore, we encourage an independant working style and offer our employees various opportunities to develop their own strengths. We make sure to guarantee a healthy work-life-balance – as we believe this is the key to long-term success.

We are looking for people who want to participate in the development of innovative practice-oriented projects and who support our team by bringing in their own initiative and dedication. If you are as fascinated by new technologies as by the search for new solutions, we look forward to your application.

We are focused on the needs of our employees*. We promote personal strengths and involve all colleagues* in decisions such as when it comes to distributing projects.
We are not dominated by rigid structures but by flexible opportunities, for example with regard to working hours and locations. Also, because we attach great importance to an excellent work-life balance.
Fewer supervisors, more opportunities At VESCON we are on equal footing with each other when it comes to work and make most decisions together in a team so that everyone can contribute their ideas.
Mutual appreciation is our top priority. We see ourselves as a team, support each other and stand up for each other. That’s because only by working together can we be successful.
Taking the initiative and a high degree of personal responsibility are very important to us. No supervisor who constantly looks over your shoulder, but projects that you can take into your own hands.
Many different customers, many specialist areas, a wide range of tasks: Employees who work at VESCON have a very interesting job – and with it all the opportunities for further development.
Having many customers presents many challenges. That's why hardly any of our projects are alike. Variety is guaranteed and boring routine is guaranteed not to come up.

VESCON sees itself as a system integrator who plans and realises projects in the fields of Automation, Process, Special Machinery, Energy and Software. More than 500 employees in Germany, Austria, Slovakia, Poland and Hungary work for our customers (planners, suppliers and operators) in the Automotive industry, Mechanical and Plant Engineering, Chemical Industry, Energy Supply, Electrical Industry, Medical Technology and Pharmaceuticals. Our customers include companies of all sizes, renowned international industrial corporations, as well as ‘hidden champions’ from medium-sized companies. 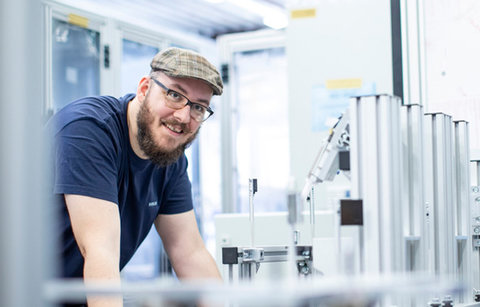 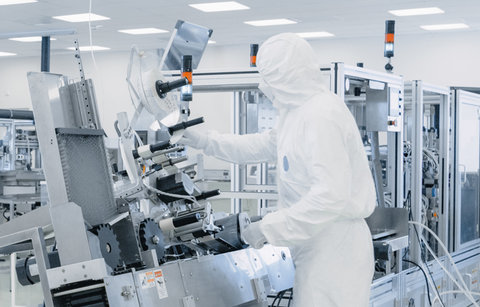 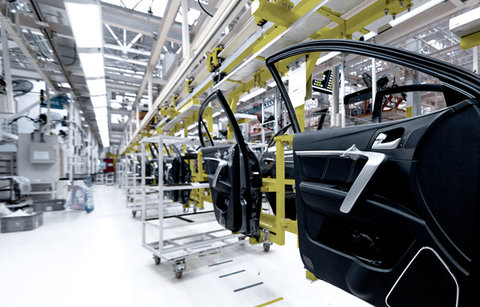